Kefalogianni Aims For A Common Communication Strategy With Greece’s Regions 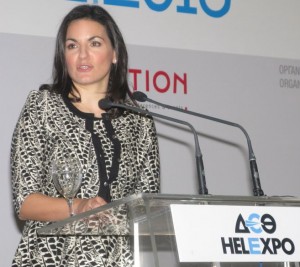 The Tourism Ministry wants to develop a national communication strategy with Greece’s regions to successfully promote the country domestically and abroad.

During her speech, Mrs. Kefalogianni referred to the pillars of the national communication strategy, which see to:

The tourism minister underlined that to achieve the above, the ministry and the country’s regions and tourism bodies must follow a common line in regards to Greece’s promotion.

Mrs. Kefalogianni expressed optimism that Greece will have good results next year, as early bookings are already reporting a positive response for the next tourism season.

Greek Tourism From The ’90s Until Today: Former SETE Presidents Gather To Reminisce