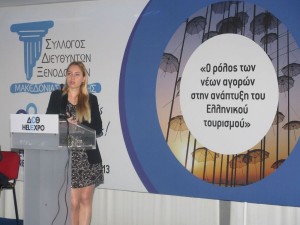 Greece leads the list of top countries most frequently preferred in package tours by Turkish citizens traveling abroad, according to the Association of Turkish Travel Agencies (TURSAB). Greece is followed by Italy, Bulgaria, Spain and Germany.

While giving a presentation at the Macedonia-Thrace Hotel Managers Association’s second annual conference on the sidelines of the 29th Philoxenia exhibition in Thessaloniki, TURSAB’s Gulberk Asyapar said Greece welcomed 552.090 Turkish visitors in 2011.

For 2013, TURSAB’s data showed that 132.973 Turkish visitors came to Greece during the January-March period, a figure expected to reach 600.000 by the end of October. 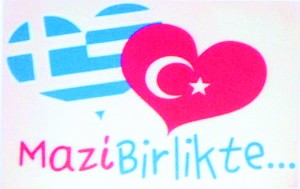 Greece could attract even more Turkish tourists if the procedures to issue a visa from Turkey to Greece did not create obstacles, tourism professionals from both sides have said on many occasions.

For the past two summer seasons, Greece launched a visa facilitation pilot program that allows non-European Union citizens from Turkish ports to visit selected Greek islands in the eastern Aegean (for a maximum 15-day stay) without a visa from a Greek consulate.

Turkey has also made a request for a visa waiver for daily visits to the Greek islands but the issue is still in discussion.

TURSAB signed a Memorandum of Cooperation with the Hellenic Association of Travel & Tourist Agencies (HATTA) last March to develop tourism between the two countries and remove disincentives in travel.