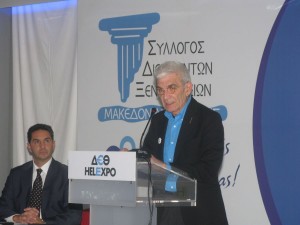 Thessaloniki will welcome the first youth hostels in 2014, the year the city will be known as the European Youth Capital, the city’s mayor, Yiannis Boutaris, said on 23 November.

Greece’s new tourism bill (4179/13), voted this year in parliament, includes the promotion of new tourism products with the mention of “youth hostels” for low-cost tourists. The new law changes the operation and ownership system of Greek youth hostels.

Mr. Boutaris advised the city’s hoteliers not to see youth hostels as competitors.

“Hoteliers must understand that youth hostels are not competitors since a 20-something backpacker seeks low-cost accommodation and not a hotel room,” the mayor noted.

“Under this logic, the municipality supports the opening of youth hostels in Thessaloniki,” Mr. Boutaris added.

Thessaloniki has been honored with the title of “European Youth Capital” for 2014 and will have the whole year to showcase, through a multi-faceted program, its youth-related cultural, social, political and economic life and development. 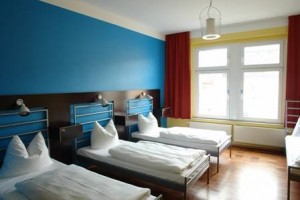 According to the New Horizon’s III report (the largest and most comprehensive survey ever undertaken for the youth travel sector) by the World Youth Student and Educational Travel Confederation (WYSE Travel Confederation), hostels have overtaken hotels as the most popular form of accommodation for young tourists. The reports notes that this reflects on how hostels are adapting to meet the demands of modern youth travelers and increasing the variety of services they offer.

Young travelers represent 20 percent of international tourism, making it a hugely important economic force, according to the WYSE Travel Confederation.

In 2012, 163 billion euros of the 692 billion euros tourism “spend” worldwide came from young travelers. The rise in youth spending vastly outstripped that of other international travelers whose spending increased by just three percent over the same period.

“Hospitality.Next” Conference To Inform On Next Practices For Greek Tourism