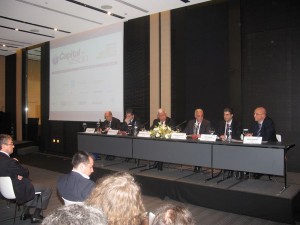 Over 80 percent of this year’s requests to join Greece’s fast-track scheme for strategic investments involve major tourism projects, according to Akis Sklavos, the investment manager at Invest in Greece Agency.

Speaking at the recent Capital + Vision multi-conference on tourism development in Thessaloniki, Mr. Sklavos said that while in 2012 there was not one request for a tourism investment to join the fast-track process, this year the majority of requests involve tourism projects due to significant changes made to the scheme.

He referred to three confirmed fast-track investments – in Halkidiki, Sitia and Argolida – of a total budget of over 1.4 billion euros.

– “Pravita Estate” – the investment of Pravita, with a budget of 796 million euros, concerns the creation of a luxury resort in Poligiro of Halkidiki that will include a 5-star hotel, a golf course and luxury homes. 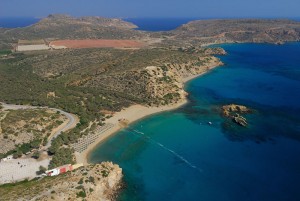 – “Kilada Hills” – the investment of MindCompass (a company controlled by Dolphin Capital Investors) with a budget of 345 million euros, concerns the creation of a luxury tourism village in Ermionida Valley in Argolis. Kilada Hills, which includes a 5-star hotel, a tennis court, a golf club, a beach club and holiday homes, is part of the Porto Heli Collection project, along with Amanzoe and Nikki Beach.

– “Itanos Gaia,” an investment of Loyalward (now part of Minoan Group) with a budget of 267 million in Sitia (Crete) in the Kavo Sidero area. The investment involves five hotels with a total capacity of 1,936 beds, an 18-hole golf course and a wellness center.

Mr. Sklavos also added that the Invest in Greece Agency is currently reviewing a request to add a major tourism investment planned for Ithaca within the fast-track scheme.