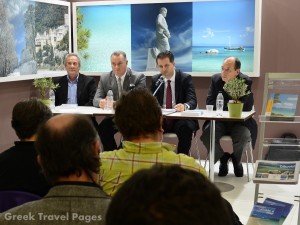 Halkidiki recovered somewhat from a setback in 2011 and 2012 as this year the destination saw a 10 percent increase in overnight stays and a growth of seven percent in tourism revenue, according to the president of the Halkidiki Tourism Organization, Grigoris Tassios.

“2013 was a good year for Halkidiki,” Mr. Tassios said during a press conference held on the sidelines of the 29th Philoxenia exhibition taking place in Thessaloniki.

Halkidiki saw a major increase in arrivals from its traditional markets with Russia and the Ukraine in the lead with increases of 15 percent and 25 percent respectively, followed by Serbia and Germany.

Positive arrival figures were also recorded from new markets such as Poland, the Czech Republic, Hungary, Turkey and Italy.

Mr. Tassios underlined that half of Halkidiki’s arrivals this year came from “road tourism” with visitors driving to the destination from the Balkans and Central and Eastern Europe. Of a total of 500,000 visitors, 250,000 arrived to Halkidiki by car. 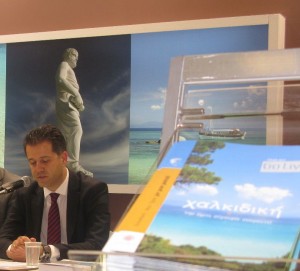 The organization’s president said early bookings to hotels in Halkidiki were on a positive pace up until now but stressed that Greece’s political and economic developments (especially the municipal elections in May 2014) will play a key role in Greece’s tourism traffic.

He warned that all could be lost if Greece loses its stability in May.