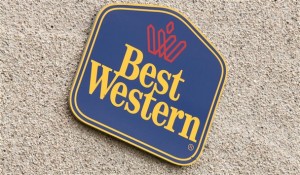 Following a positive trend since the first half of 2013, Best Western hotels in Greece have recorded an increase in both revenue and overnight stays this year, the hotel chain said in an announcement.

According to the announcement, Greek hotels of the chain are in the process of renewing corporate contracts for 2014 without price negotiations. Best Western Greece expects an increase in the overnights of corporate customers for 2014.

On an international level, all hotels of the chain have announced earnings for 2013. Best Western’s online system has recorded a two percent increase in bookings globally compared with 2012, a record year for the chain. A corresponding increase has been recorded in the average revenue and the hotel chain expects this year to close with earnings of some $ 1.4 billion.

“The early signs for 2014 on an international level are likely to help maintain Greece’s positive performance, at least for the Best Western hotels,” the announcement said.

Best Western Greece represents eight countries and ranks as one of the chain’s most promising offices in Europe as this year it produced an increase in overnight stays in Greece and abroad as well as a higher score in annual quality control and online customer evaluations.