“The Greek market has proved incredibly resilient and remains a significant destination for British Airways,” Gavin Halliday, the airline’s general manager for Europe and Africa, said on the occasion of the 80-year anniversary since the company started flying to Greece. 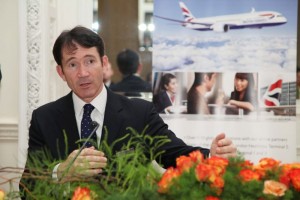 Flights started in Greece some time in 1927, although 1933 marked the beginning of consistent, scheduled weekly flights.

“Our very first aircraft flying in this part of the world were landing in Faliro Bay and passengers disembarked and were taken ashore on small boats,” Mr. Halliday told journalists at a recent media event in Athens.

Although Greece has faced turbulent times over the past few years, Mr. Halliday said there is “a real sense of optimism as we enter 2014 and the outlook for the market is healthy.”

The airline also flies to Thessaloniki during the summer season. 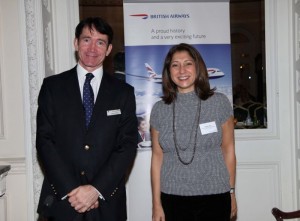 “We are committed to not simply maintaining our current position in the market but to expanding our network,” Mr. Halliday said.

The UK carrier has announced that it will serve two additional Greek destinations in summer 2014: Mykonos and Santorini.

“We will offer two weekly flights to each destination and have no doubt they will build on the success story of British Airways in Greece,” he added.