Early Bookings To Greece On The Up For 2014 Season 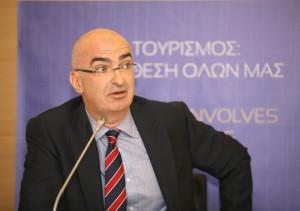 The Hellenic Chamber of Hotels considers 2014 a crucial year for Greece’s tourism recovery.

“We have to overcome the success of 2013 and strengthen the upward trend that Greek tourism is showing,” the chamber’s president, Yiorgos Tsakiris, told Greek journalists at a press conference held 13 November in Athens.

Taking into account the prospects for the 2014 tourism season and Greece’s participation in the recent World Travel Market fair in London, the chamber released data on early bookings for next year.

According to the hotel chamber, a 10 percent increase has already been noticed in early bookings from the UK market while an even higher turnout of Britons in Greece is expected next season.

From the Russian Federation, all data refers to a rise over 15 percent.

In regards to Germany, bookings have remained on the same levels of 2013 until now. However, leading tour operators believe that a comeback of German tourists to Greece next season is very possible.

Visitors from the Scandinavian market are expected to rise over 10 percent. This is also confirmed by the scheduled launch of 25 new routes to Greece next season by SAS.

The French market this year produced good results for the Greek market and data for next year shows that the number of tourists from France to Greece should rise over 10 percent.