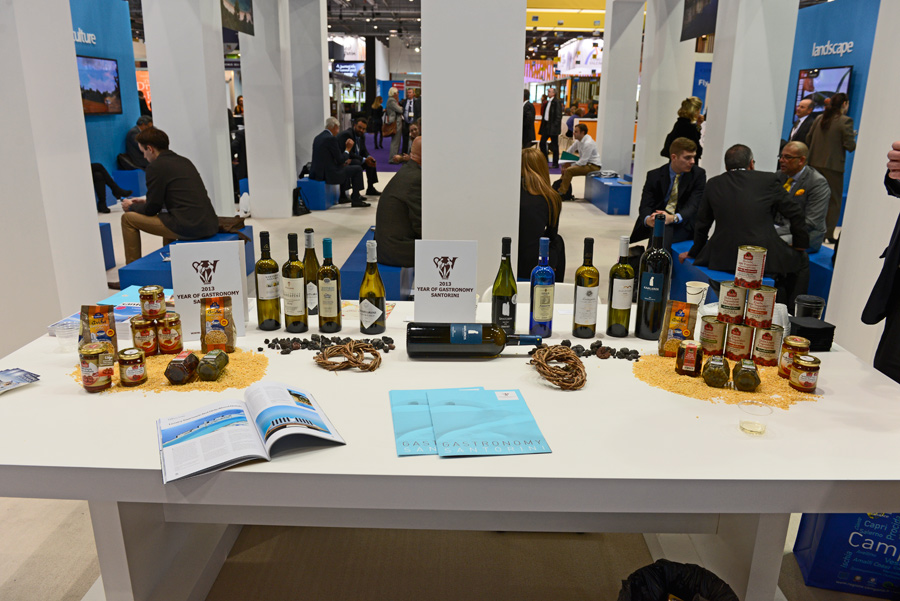 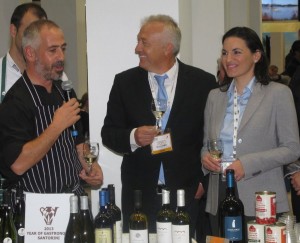 The best Santorini wines and delicacies were offered to the public to sample on 5 November, during the second day of the World Travel Market in London.

Earlier this year, the Municipality of Thira, Santorini, proclaimed 2013 as the “Year Of Gastronomy in Santorini” and is promoting its local gastronomy as a pole of attraction for tourists.

Throughout the year fine dining restaurants, hotels, local shops and traditional tavernas created specially designed menus, wine tastings, feasts and art exhibitions to celebrate how Santorini’s gastronomy has touched all aspects of its culture both ancient and modern.

Though small in size, Santorini has already made a big name in gastronomy and is considered to be a gastronomical destination with some of the finest restaurants and wineries throughout the country. 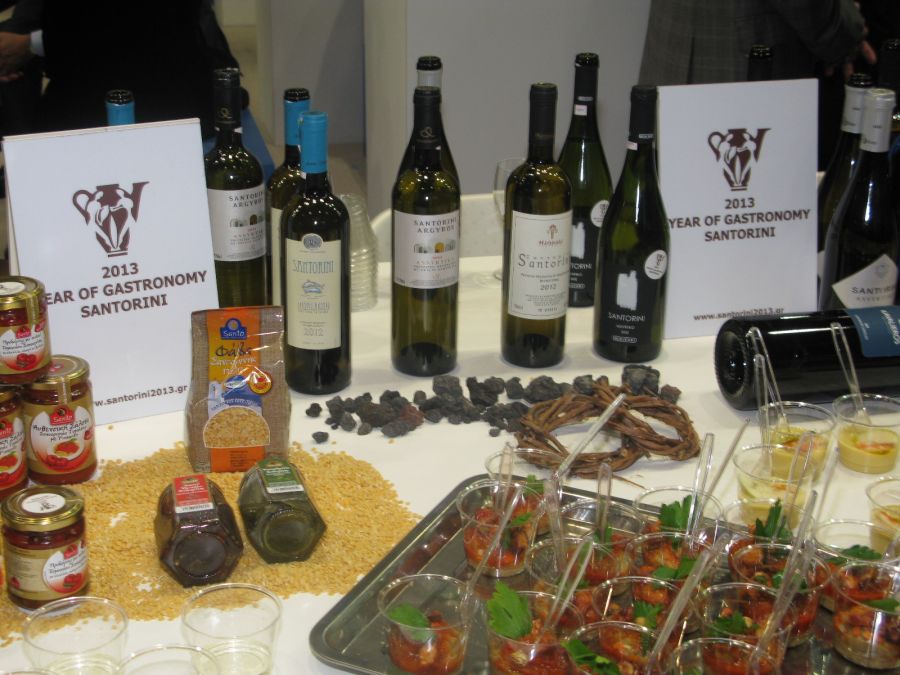 Santorini has an ancient culture of wine production – and there is some evidence of viticulture from before the volcano erupted. More recently, Santorini vines have proved to be resistant to the worldwide pest phylloxera and some of the current wine producing vines are over a century old. More recently still, the assyrtiko grape variety – a white wine grape indigenous to Santorini – has been producing some of Greece’s best and most complex wines – and whilst displaying high acidity they also have an intense minerality and upfront citrus flavors. 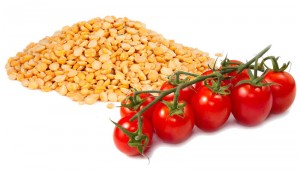 Santorini’s local produce include Fava Santorini’s – a yellow split pea with a particularly high protein content; Tomataki Santorini’s – a tasty cherry tomato which produces a fabulous and famous paste; the rare ‘White Aubergine’ – which has few seeds and a particularly sweet taste and the Santorini capers. All are already established and sought-after around the world.

“Gastronomy in Santorini – A Unique Experience”

The Municipality of Thira is now going forward with the new initiative “Gastronomy in Santorini – A Unique Experience,” which will build on the success in 2014 and beyond with a plethora of exciting activities and events.