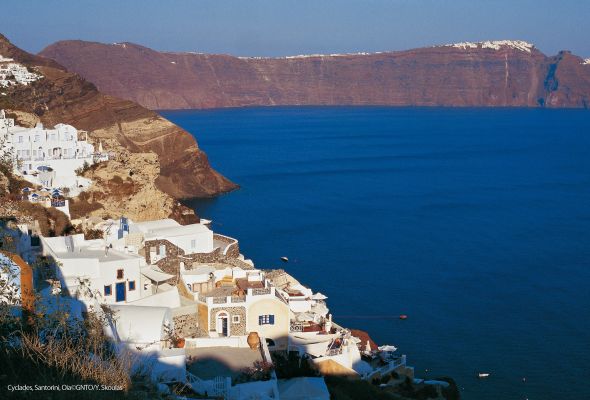 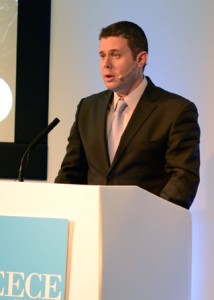 Visitors to the Greek stand on the first day of the World Travel Market in London, on 4 November, had the opportunity to sample delicious local products from the Santorini section.

“Santorini is so much more than an amazing view… we invite you to discover the ‘other’ Santorini,” archaeologist and hotelier, Lefteris Zorzos, said while presenting insights on the island’s gastronomy in ancient and modern times, during a press conference given by the Greek National Tourism Organization (GNTO).

Afterwards, the GNTO, the Municipality of Thira and the Aldemar Resorts & Hotel offered some Santorini delicacies and wine to visitors at the Greek stand.

“Gastronomy in Santorini – A Unique Experience” 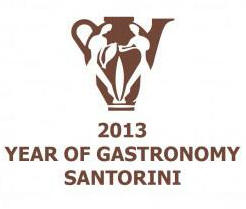 Throughout the year fine dining restaurants, hotels, local shops and traditional tavernas have created specially designed menus, wine tastings, feasts and art exhibitions to celebrate how Santorini’s gastronomy has touched all aspects of its culture both ancient and modern.

The initiative “Gastronomy in Santorini – A Unique Experience” will build on the success in 2014 and beyond with a plethora of exciting activities and events. 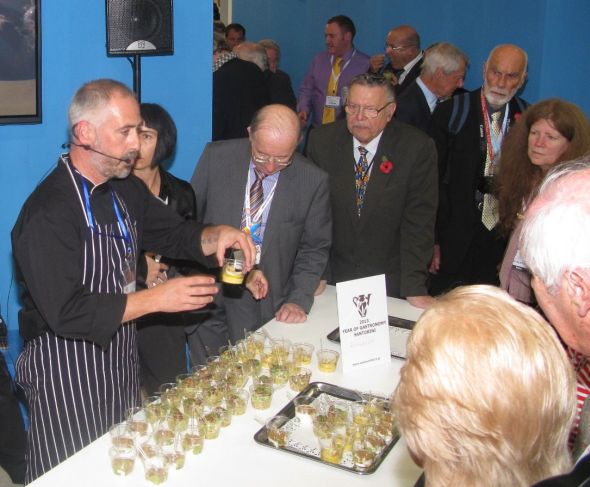 As of Tuesday 5 November until Thursday 7 November, the best Santorini wines and delicacies will be offered to the public to sample! Stand EM1000: 12:30-13:30.