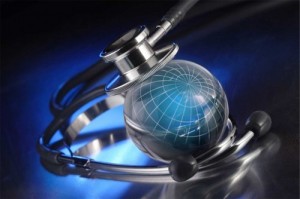 According to the organizers, the Russian side showed a high interest to Greece’s thermal spas and wellness centers.

During the workshop, over 792 business meetings took place between Greek businesses and Russian travel agents and representatives of leading insurance companies. The Greek business that attended the workshop included leading private hospitals, rehabilitation centers and hotels with spa facilities.

Russian doctors interested in securing different types of rehabilitation and therapies to combine with holidays, also attended the workshop.

In statements to the press, the deputy tourism minister of the Russian federal government, Grigory Sarishvili, referred to Greece’s high quality clinics and specialized health centers and said he is convinced that Greece is qualified to welcome medical tourists.

According to Mr. Sarishvili, Russian visitors to Greece next year are expected to increase by some 15 percent compared to 2013. He noted that health tourism could boost Russian arrivals to Greece throughout the year.

Mr. Sarishvili added that prices in Greece are highly competitive in the health sector, which is expected to increase demand for the destination.

The 2nd Greek Medical & Health Tourism Workshop was organized by Tourism Today blog in cooperation with the Association of Tour Operators of Russia (ATOR) and the Greek Embassy in Moscow.

The workshop was held under the auspices of the Greek Tourism Ministry and the Greek National Tourism Organization (GNTO).