Mrs. Kefalogianni is currently in London, UK, where she will attend the World Travel Market on Monday 4 November. 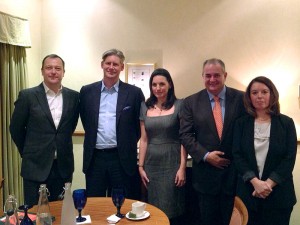 The travel giant is planning to offer “unique tourist experiences” in Greece to their customers through special forms of tourism (gastronomy, sports and conferences).

TUI also plans to launch autumn and spring travel packages to boost arrivals to the country throughout the year.

According to TUI representatives, the number of visitors from the UK to Greece is expected to rise annually and exceed two million. 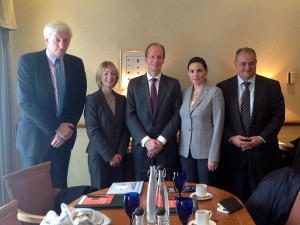 On their part, Thomas Cook representatives – Andrew Cooper, Uli Sperl and Jill Thompson – said their aim was to increase the number of visitors to Greece in 2014. Investments in Condo hotels in Greece are also in the cards, they informed the tourism minister.

The representatives said they consider Greece a factor of stability and see the country as a destination that offers competitive package tours, which is highly important to boost arrivals.

Mrs. Kefalogianni welcomed the plans of TUI and Thomas Cook and invited both tour operators to cooperate with Greek tourism professionals and local government bodies.

She also informed on Greece’s strategic development plan for tourism that aims to place Greece among the world’s top tourism destinations.