Greek destination Halkidiki recorded a seven percent rise in revenue during the 2013 tourism season from the same period last year, bolstered by a 10 percent increase in overnight stays by German, Russian, Ukrainian, British and Turkish tourists.

The Halkidiki Hotel Association recently said that 2013 was a year that brought back memories of the tourist traffic the destination had many years ago.

German tourists in the lead

According to recent data released by the association for the June-August 2013 period, Germany once again remained the leading market for Halkidiki with some 400 flights per summer month from 14 airports.

In regards to traffic from new markets targeted by the Halkidiki Tourism Organization, the largest increase in air arrivals were from Turkey (some 40 percent).

Road tourism on the up 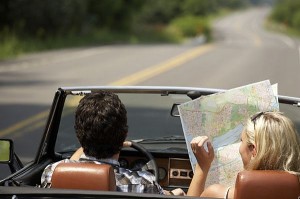 The association said that road arrivals were also recorded from more distant countries such as Poland, Ukraine, Austria and Hungary, while many western Europeans arrived to Halkidiki in a camper preferring an alternative vacation. 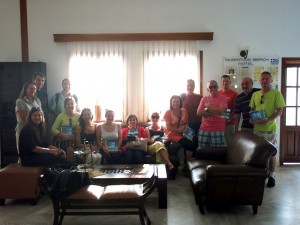 UK travel agents during a familiarization trip in Halkidiki.

The Halkidiki Tourism Organization had launched a series of initiatives this year to attract more visitors from Europe, Asia and the US that included the organization of press trips for foreign journalists, hosting famous stars such as Italian actress Ornella Muti, participating in international tourism exhibitions and holding familiarization trips for foreign travel agents.

The organization also supported sustainable development this year by participating in workshops and European programs such as the European project Shmile 2 that aims to spread eco-labels to tourist accommodation.