Lufthansa And Greece On The Path Of Steady Growth 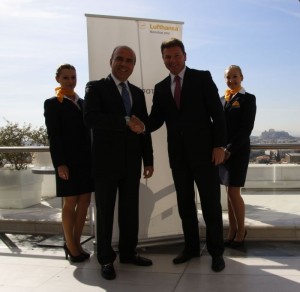 Germany’s Lufthansa has recorded steady passenger growth from Greece to Europe and the United States and vice versa, according to Jens Bischof, responsible for sales at Lufthansa’s passenger airline.

During a press conference held in the Greek capital on 29 October, Mr. Bischof said passenger traffic to Athens was following an upward trend while for the first time there was significant passenger growth (six percent) from North America to Greece.

“Lufthansa demonstrates its continued support to Greece and recognizes Athens as one of the major hubs in Europe for passengers traveling both for business and leisure,” Carsten Schaeffer ,VP Sales and Services Southeast Europe, Africa, Middle East at Lufthansa, said during the press conference. 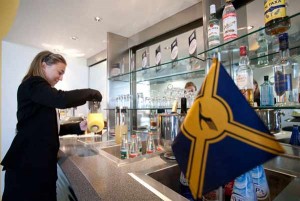 In addition, from October 2013, a new partnership will launch between the German airline and Korres Natural Products aiming to promote Greek products to new consumers and new markets.

Lufthansa Group continues to invest in new technologies, efficiency and improve passenger comfort through the modernization of its fleet. After the Supervisory Board approved Lufthansa’a purchase of 59 ultra-modern aircraft, the Group announced that it would add 34 more Boeing 777-9X aircraft and 25 Airbus A350-900s to its fleet. The first of these new aircraft will be delivered as early as 2016. Older Boeing 747-400s and Airbus A340-300s will be phased out by 2025. The investment amount for the Lufthansa Group’s latest order totals 14 billion euros ($ 18.9 billion).