Air France’s message to its passengers 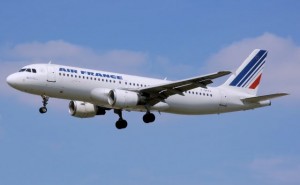 The Air France story has been a part of all of our lives, from one generation to the next. It echoes special moments in people’s lives and therefore has always created collective emotion. The history of Air France has always been an exciting and passionate adventure, above all a human adventure, which refers to man’s greatest dream … Flying.

From the technical prowess to the services offered to travelers, civil aviation has a kind of magic that helps reduce distances, break down barriers and make the world smaller.

Since the days of its first commercial flights, Air France has made comfort and service on board one of its priorities. Over time, the greatest artists, the most prestigious designers and most famous chefs have contributed to making Air France and French culture in general famous all over the world. 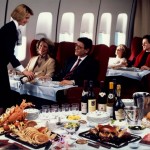 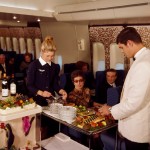 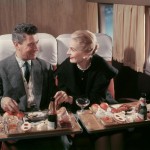 80 years: A couple dining on board the Lockheed Super Constellation.

The future is in the sky: with Best & Beyond, Air France is investing in its move upmarket for each and every passenger

In recent years, new standards have emerged in the airline industry. These have naturally led Air France to want to complete its network strategy (243 destinations in 103 countries) by upgrading its products and services. Named Best & Beyond, this project includes an investment of over 500 million euros in new products and new training for over 19,000 employees in the latest service standards.

By placing a caring attitude at the heart of the art of travel, Air France intends to provide its customers with a quality experience based on French culture.

Best & Beyond is part of Transform 2015, whose objectives are to regain competitiveness and reposition its products and customer service at the highest international level.

The first stage of a move upmarket for all its customers, Air France has just unveiled its new offer of products and services in the Economy and Premium Economy cabins. Starting in summer 2014, Air France will gradually equip 44 Boeing 777 from its long-haul fleet with these new seats and inflight entertainment systems. In January 2014, it will be unveiling its future Business class offer. In April 2014, the entire Best & Beyond project will be unveiled around the new La Première cabin.

With exceptional partnerships and many new features, this year of celebration promises to be full of surprises.

Air France also launched a dedicated website 80years.airfrance.com, where you can browse some photos from the golden age of flying.