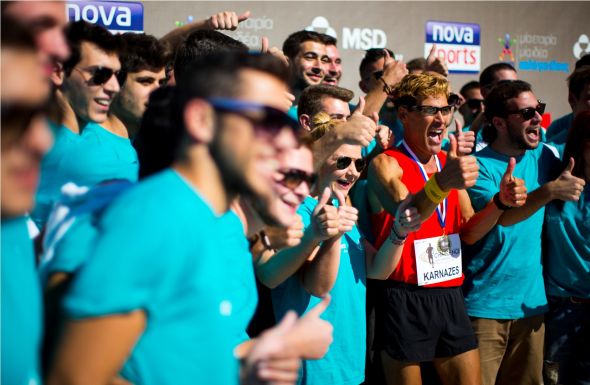 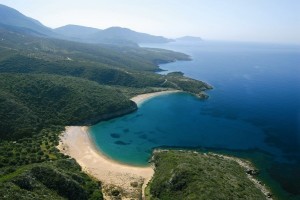 “Navarino Challenge” was the first marathon race that aimed to the awareness regarding childhood obesity and the benefits of the Mediterranean diet, an idea of Dean Karnazes himself.

The marathon race was held 18-20 October 2013 during which runners of all ages had the opportunity to obtain information from Mr. Karnazes and take part in the races.

Three different routes formed “Navarino Challenge” over three consecutive days. The starting point was Silimna, Arcadia, the birthplace of Dean Karnazes’ family and the last route of the marathon ended at the Mediterranean destination Costa Navarino.

The route in the regions of Arcadia and Messinia highlighted the health benefits of the Mediterranean diet as they are fertile areas where the fresh natural products – an essential part of the diet – are found in abundance and consist of people’s everyday nutritional habits. 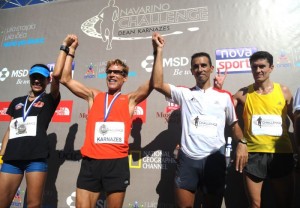 Many side events also took place with the contribution of the Department of Nutrition and Dietetics of Harokopio University of Athens.

The aim of “Navarino Challenge” is to be established as an annual marathon with the contribution of Dean karnazes. 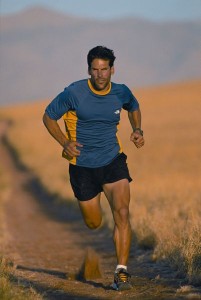 TIME magazine named Dean Karnazes as one of the “Top 100 Most Influential People in the World.”
Men’s Fitness hailed him as one of the fittest men on the planet. An internationally recognized endurance athlete and NYC bestselling author, Dean has pushed his body and mind to inconceivable limits. Among his many accomplishments, he has run 350 continuous miles, foregoing sleep for three nights. He’s run across Death Valley in 120 degree temperatures, and he’s run a marathon to the South Pole in negative 40 degrees. On ten different occasions, he’s run a 200-mile relay race solo, racing alongside teams of twelve.
His most recent endeavor was running 50 marathons, in all 50 US states, in 50 consecutive days, finishing with the NYC Marathon, which he ran in three hours flat.
Dean and his incredible adventures have been featured on 60 Minutes, The Late Show with David Letterman, CBS News, CNN, ESPN, The Howard Stern Show, NPR’s Morning Edition, the BBC, and many others. He has appeared on the cover of Runner’s World and Outside, and been featured in, to mention a few. He is a monthly columnist for
Men’s Health, the largest Men’s publication in the world.

Macedonia-Thrace Hoteliers To Hold Conference At Philoxenia 2013 In Thessaloniki