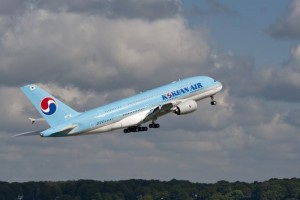 In the second phase of cooperation, Etihad Airways will place its EY code on Korean Air services from Seoul Incheon to Honolulu, Vancouver and Hong Kong.

Korean Air will place its KE code on Etihad Airways’ flights from Abu Dhabi to Johannesburg, Muscat and, subject to government approval, Khartoum.

Etihad Airways and Korean Air have had a successful commercial partnership since August 2009 when the airlines signed a special pro rata agreement and interline partnership. The airlines commenced codeshare operations between Abu Dhabi and Seoul Incheon on July 22, 2013.

Starwood To Hold Bike Ride In Athens To Support UNISEF