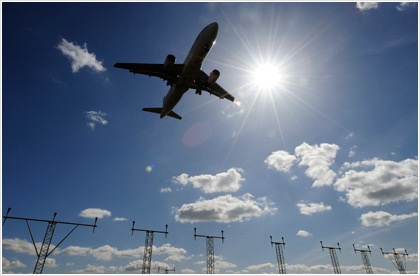 Aegean Airlines and Olympic Air recently presented their plans that will follow the merger of the two companies, during a meeting with 32 representatives from 15 Greek remote islands that has air routes covered by Olympic Air.

At the meeting, Aegean/Olympic Air representatives presented a series of initiatives that involve the 15 islands included in the network of remote island destinations covered by Olympic Air.

Aegean Air said it aims to increase passenger traffic by launching new and lower fares and increase connectivity to overseas destinations so even the smallest Greek island could benefit from tourism development.

The plans involving the routes to Greek remote islands include:

– The launch of a second low fare of 39 euros for the 12 flights from Greece’s most remote areas that have a direct connection to Athens.
– The connection of remote Greek destinations with overseas flights of Aegean or Olympic Air at no cost (0 euros fare plus taxes) from November to March and at a 20 euros cost (plus airport taxes) for the April-October period. This option will apply to passengers traveling on the same day from abroad (on flights of Aegean or Olympic air) to the remote island destinations (or vice versa).
– The increase in airline seat capacity for July-September to 7 airports on remote Greek destinations (Naxos, Astypalea, Ikaria, Zakynthos, Skiathos, Karpathos, Kythira).

The the new pricing policy is expected to take effect from 1 December 2013.