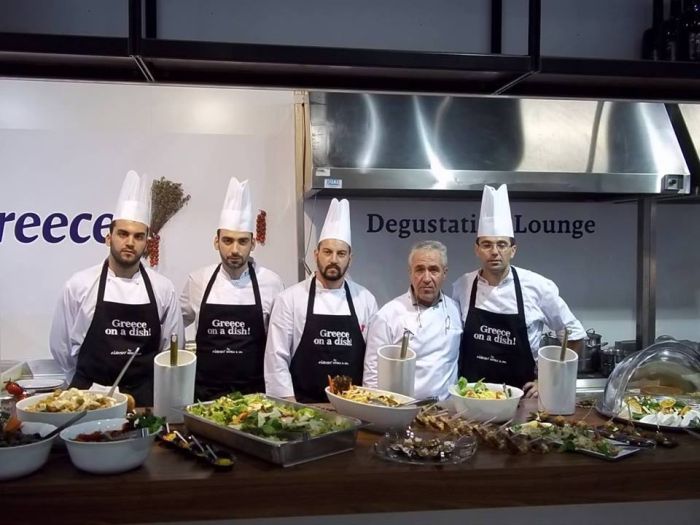 Aldemar’s culinary team served “Greece on a Dish” at the Anuga food fair in Cologne. 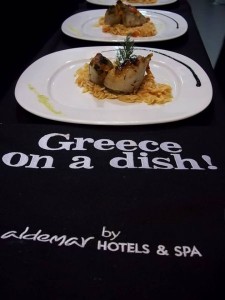 The culinary team of Aldemar Hotels Group recently served “Greece on a Dish” at the Anuga exhibition in Cologne, Germany, the world´s leading food fair for the retail trade and the food service and catering market.

Anuga 2013 was held 5-9 October in the Koelnmesse Exhibition Center in Cologne.

In cooperation with the Hellenic Foreign Trade Board, Aldemar’s chef Evangelos Agalou supervised the creation and serving of the Greek menu that was based exclusively on the use of Greek products from four of the country’s gastronomy destinations/regions: Peloponnese, Western Macedonia, Eastern Macedonia and Thrace and Crete.

“Greece on a Dish” was served to the public at the degustation lounge.

Greece gave a dynamic presence at this year’s Anuga expo as it hosted one of the largest national delegations at the exhibition in a stand of 3,000 square meters.

More than 180 Greek exhibitors, representatives of 10 chambers of commerce and four regions (Region of Peloponnese, Western Macedonia, Eastern Macedonia and Thrace, Crete) promoted the richness of the Greek production.

Anuga is the world’s largest and most important food and beverage fair — for new markets and target groups, for all the trends and themes and, above all, for first-rate contacts and business deals.