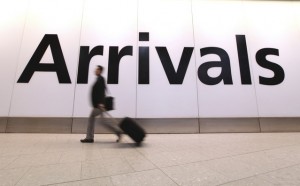 Greece’s travel balance of payments recorded a surplus of 2,607 million euros during the first six months of the year, 27.7 percent more compared with the same period in 2012, the Bank of Greece said in a report on 21 October.

In the same report, the central bank said average spending per travel increased by 5.4 percent (settling at 616 euros) while tourist arrivals grew by 12.3 percent (5,421 million visitors) compared to the same period last year.