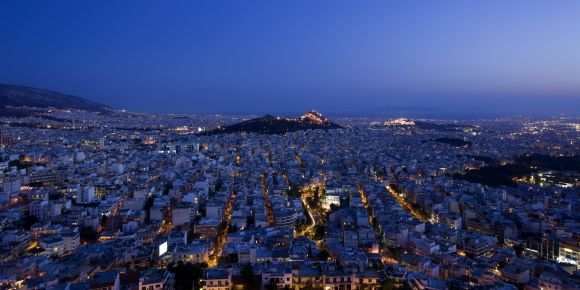 The Greek capital is included on the longlist of the New7Wonders Cities campaign that was recently revealed by Bernard Weber, Founder-President of New7Wonders.

The naming of the 77 cities marks the completion of the Qualification Phase of the global election, which began on 7 March 2012 and during which voters around the world made their choices from more than 300 cities.

Now, the New7Wonders Cities Panel of Experts will advise on the selection of the 28 Official Finalist Candidates and the shortlist will be presented on Monday 21 October.

Bernard Weber praised the diversity of the cities in the longlist as “extraordinarily stimulating as regards the past, present and future of urban life.”

“My hope is that the New7Wonders Cities campaign will generate debate about the challenges cities face — national and international — and how they are responding to them,” Mr. Weber said.

Following the declaration of the 28 Official Finalist Candidates on 21 October, voting for the New7Wonders Cities Finalists will proceed across three qualifying phases.

The Official New7Wonders Cities, chosen by hundreds of millions of votes from around the world, will be revealed on 7 December 2014.

“New7Wonders Cities will be a forum for discussing everything from urban planning to metropolitan governance, from tourism to architecture,” the founder-president of the campaign said.