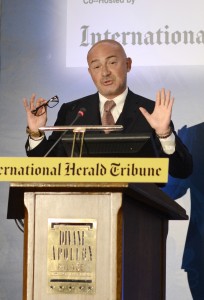 Dogus Group, one of Turkey’s largest conglomerates, sees the Aegean Sea as an international hub to attract high-income tourists and has proposed for Greece and Turkey to form a cooperation in that direction.

Speaking at the Mediterranean Luxury Travel Summit held recently in Athens, the chairman of the investment giant, Ferit Sahenk, said Greek and Turkish businessmen should “change their mindset and work together” to highlight the untapped Aegean islands and promote them as luxury tourism destinations.

Mr. Sahenk added that Greece needed to see beyond the creation of more golf courses and spa facilities and expand also in the entertainment offered to luxury tourists.

“Luxury segments look for entertainment sectors… You should create an experience for the luxury traveler,” he said.

As an example on creating a luxury tourism experience, Mr. Sahenk suggested the launch of a yacht race that would kick off in Athens and finish in Istanbul.

However, Mr. Sahenk said that in order to further invest in luxury hotels and upgrade tourism infrastructure (marinas and regional airports) in Greece, the country’s bureaucratic problems in licensing procedures must be eliminated.

He added that visa-facilitating measures for Turkish nationals were essential and that Greece’s destination marketing should be improved. 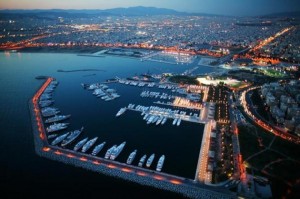 The Group is parent to D-Marin Marinas that has signed a deal with MedMarinas to acquire a 51 percent stake in Gouvia, Lefkas and Zea Marinas, and agreed a 50-50 partnership deal with Lamda Development for Flisvos Marina. It has also entered into a second agreement in Greece with Kiriacoulis Mediterranean Cruises Shipping, which offers charter services in 28 locations across Turkey, Croatia, Italy, France, Malta and the Caribbean.