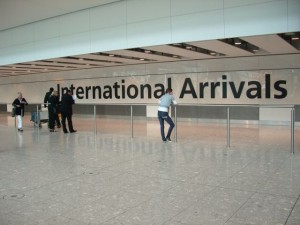 The arrivals of foreign tourists at the airports around Greece recorded an important increase, according to the first (temporary) data for September 2013 that were published by the Association of Greek Tourism Enterprises (SETE).

According to the data for the period from January to September 2013, all the main holiday destinations of the country recorded a rise in arrivals, except for Samos, where a decrease of 3.94 percent was recorded. In detail, the largest rise in the nine-month period was recorded at Kalamata Airport, where arrivals increased by 50.36 percent which is translated in absolute numbers to 53,507 foreign tourists. Santorini followed with a 21.23 percent rise and a total of 236,554 arrivals.

This data is under continuous updating until their collection from all the main airports in the country, when the overall change for September 2013 will be available.