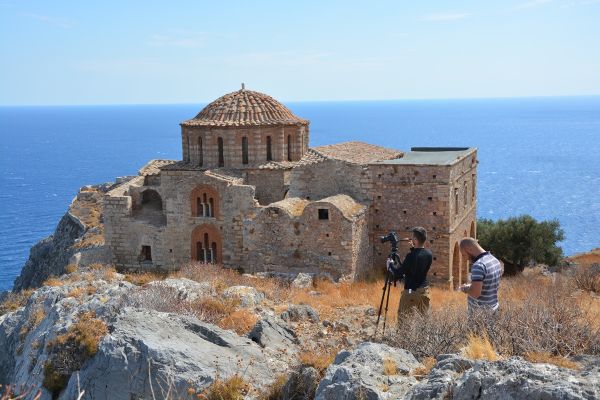 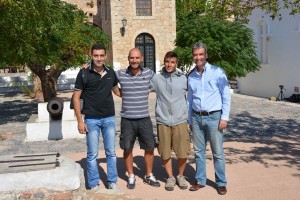 The president of the Monemvasia Tourism Promotion Committee, Babis Lyras with members of the The Italian TV crew and Monemvasia’s vice mayor Yiorgos Vounelakis.

A film crew from Italian TV station RAI 3 recently visited Monemvasia, in Greece’s southeastern Peloponnese, to shoot a documentary film about the destination.

RAI 3 will broadcast the documentary on an upcoming episode of the popular Italian travel show “Alle Falde Del Kilimangiaro” that plays every Sunday and appeals to some 1.5 million viewers.

According to the Municipality of Monemvasia, the show’s crew appeared excited about the sights and scenery of the area and promised to return soon to film more points of interest. 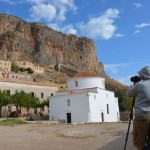 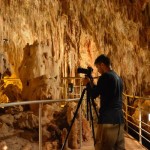 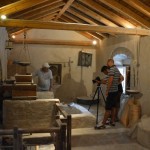 The traditional watermill in Talanta.

“The Italian tourism market was and remains a target market for the Municipality of Monemvasia and this show is a perfect way to get promoted in this country,” the municipality said in a press release.

The press trip was held by the Municipality of Monemvasia, in collaboration with the Greek National Tourism Organization office in Italy.

For more on Monemvasia check out GTP’s travel special here.