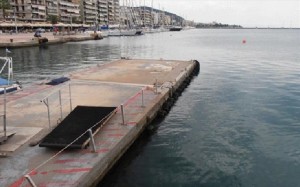 Greek company Hellenic Seaplanes recently got the go-ahead from the Volos Port Authority to apply for a license in perpetuity to operate the waterway that exists at the city’s port.

The company said it plans to launch seaplane flights from the waterway at Volos as of April 2014 and begin the creation of a waterway network across Greece.

The Volos Port Authority currently has a temporary aerodrome license for the existing waterway and Hellenic Seaplanes, in accordance with law 4146, must submit an updated file to be granted a license in perpetuity.

The waterway in Volos 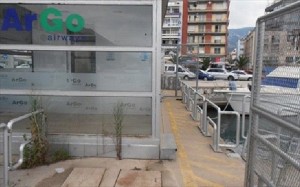 A part of Volos Port was assigned as a seaplane base some years ago when seaplane company Argo Airways came to Greece with sky-high ambitions. It wasn’t long before the company became entangled in Greek bureaucracy and could not obtain a license. The company later ceased operations in Greece.

Now, since the voting of the new law that simplifies licensing for seaplanes, Hellenic Seaplanes has announced plans to connect all Greek islands through a seaplane network and create 100 waterways in Greece by the end of 2013 and another 100 in 2014.

Greece Aims To Attract More Tourists From the U.S.