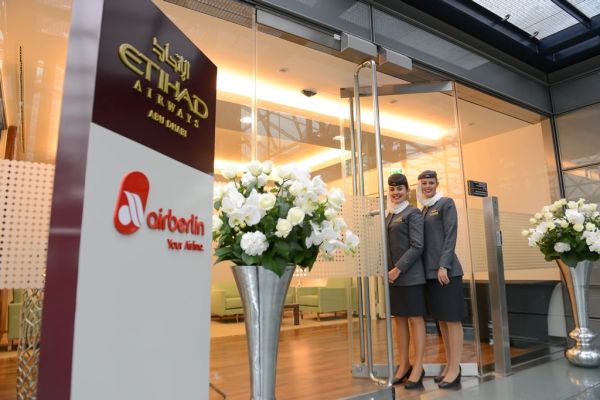 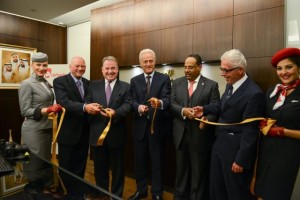 Etihad Airways, the national airline of the United Arab Emirates, recently unveiled its new European headquarters in Berlin, enhancing the airline’s presence in the German domestic market and further cementing its strategic relationship with airberlin.

The office is located on the eighth floor of an iconic Richard Rogers-designed building on Linkstrasse, the architect who is also known for his work on the Pompidou Centre in Paris, and both the Lloyds building and Millennium dome in London.

“Germany remains a critically important part of Etihad Airways’ growing passenger and cargo network, and while much of Europe continues to face challenges linked to the prevailing euro crisis, the German inbound and outbound travel is performing well for us,” Etihad Airways President and Chief Executive Officer, James Hogan, said during the official opening in Berlin. 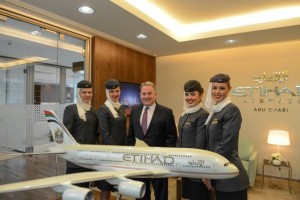 Mr. Hogan said the new central Berlin office would benefit both the Etihad Airways and airberlin commercial teams, as they work ever closer to drive value for both airlines.  “It makes sound business sense to be based in Berlin, and close to our strategic equity partner,” he said.

In total, 35 Etihad Airways employees will work in the new facility, 25 of whom are German, with the rest coming from the UAE, the Netherlands, Egypt, India, Italy, Pakistan, Morocco, the UK, and Switzerland.

“This year marks our ninth year of operations to Germany, the largest outbound travel market in Europe.” Mr. Hogan said.

“Last year, we carried 47 percent more guests (530,351) to and from Germany compared to 2011, and that was due to better load factors to and from Frankfurt and Munich, the launch of our daily Dusseldorf service, and strong feeder traffic coming from airberlin,” Mr. Hogan concluded.

The most popular destinations for German travelers continue to be Abu Dhabi, Bangkok, Sydney, Melbourne, Shanghai and Kuala Lumpur. Etihad expects this quarter to be one of the busiest on record.