Singapore Airlines To Temporary Resume Flights To Athens Next Year 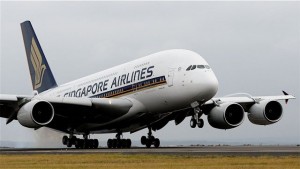 Singapore Airlines will return to the Greek capital Athens on a temporary basis between June and October 2014 to meet expected demand during the peak summer travel season, a recent press release said.

Singapore Airlines said it took the “difficult decision” to suspend year-round services to Athens in October 2012 after a prolonged period of challenging operating conditions.