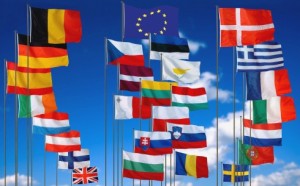 The European Commission marked World Tourism Day on Friday 27 September by highlighting good figures for the first part of the 2013. Despite the economic crisis, Europe remains one of the favorite destinations.

“Today we celebrate the World Tourism Day. On that occasion, I am very pleased to have good figures to report for the first part of this year’s tourism season – especially because they come at the time when most EU Member countries struggle with high unemployment and economic difficulties,” European Commission Vice President Antonio Tajani, Commissioner for Industry and Entrepreneurship, said.

According to the latest UNWTO figures, international tourist arrivals in Europe grew by five percent during the first half of 2013, with best results recorded in Central and Eastern Europe (+ 9 percent) and Southern and Mediterranean Europe (+ 6 percent).

Greece: One of the star performers across all regions of Europe

According to new UNWTO World Tourism Barometer figures, among the Mediterranean countries, Spain led the way in 2013: it had 34 million tourists between January and July, and a four percent rise in international arrivals compared to last year.

Tourism in Greece has grown by 9.2 percent, hosting around seven million tourists in seven months.

In Northern Europe results were also good but more modest (+3 percent), except for the United Kingdom, which recorded a four percent increase in arrivals following last year’s 2012 London Summer Olympics.

France benefited from an increase in international visitors during the summer season, which compensated for a decrease in the number of local tourists.

Less satisfactory figures come from Cyprus, where arrivals of tourists decreased by 5.8% for the period January-July 2013.

Key indicators from the aviation industry also confirm the successful trend: travel on European routes grew at a slightly faster rate in 2013 compared to the previous year.

For example, nearly two million foreign visitors flew to Greece’s main airport during the summer season, a boost for the Mediterranean country which relies on tourism to help pull itself out of an economic crisis.

Malta also recorded the airport’s best month ever: only in August 500.000 passengers passed through the International airport of the island.

Greece Among World’s Most Hospitable Destinations