According to Qatar Airways Chief Executive Officer Akbar Al Baker, since the launch of the Privilege Club in 2000, it has firmly established itself as one of the leading frequent flyer reward programs in the industry.

Some of the changes in Qatar Airways’ Privilege Club Program include the introduction of the new Platinum Tier, offering superior benefits and privileges to members who earn at least 600 Qpoints within a 12 month period. Qpoints are awarded to members to achieve a particular membership status. 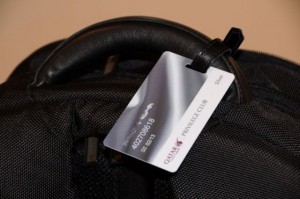 It also includes a brand new reward benefit named Qcredits, which are awarded to Gold and Platinum members and can be redeemed for a selection of services such as complimentary upgrades.

Other new enhancements include a new Tier qualification and renewal thresholds with which, upgrades to the next membership tier can be easily achieved. Privilege Club’s tier renewal criteria has been modified to consider flights in the last 12 or 24 months to make tier renewal more convenient.

The airline also announced that the Family program, which allows main members to pool their Qmiles for quicker awards, will be offered to the entire Privilege Club member base. In addition to spouse and children, main members will be able to nominate parents as family members.

By 30 October 2013, Qatar Airways will be joining the Oneworld alliance, by which Privilege Club members will enjoy added benefits on any oneworld flight including earning Qmiles and Qpoints as well as redeeming Qmiles across the alliance.