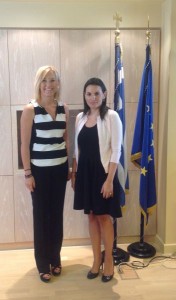 The closer cooperation between the South Aegean Region and the Tourism Ministry to promote the region’s islands in a more effective manner was examined recently in a meeting in Athens between Greek Tourism Minister Olga Kefalogianni and the region’s vice governor, Eleftheria Ftaklaki.

During the meeting, discussions focused on ways to extend the tourism season throughout the islands of the South Aegean Region.

Mrs. Ftaklaki proposed ways to increase the tourist traffic to the islands, ensure the viability of tourism businesses, protect employment and boost the region’s local economy.

She also suggested for the Tourism Ministry and the Greek National Tourism Organization to provide incentives to tour operators in order for the South Aegean islands to be included in additional travel packages.

Also discussed was the issue of visa facilitation for third-country citizens and the necessity for ferry itineraries to be planned and announced in a timely matter. 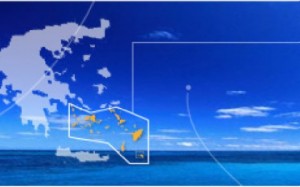 The South Aegean Region was recently selected as one of the regions in Europe to participate in the European Commission’s pilot phase of the European Tourism Indicators System (ETIS) for sustainable management at destination level.

ETIS is designed to be used by tourism destinations to monitor, manage, measure and enhance their sustainability performances.

The participation in the ETIS is said to benefit the operation of the region’s Sustainable Tourism Observatory.