CNN: Mycenae Among “Must See” Ancient Sites In The World 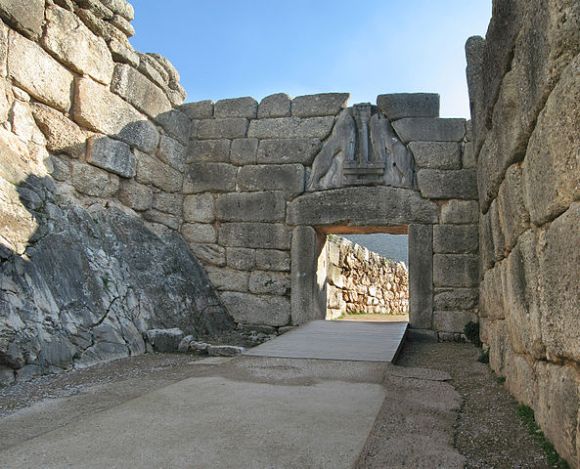 The declared World Heritage Site of Mycenae, Greece, located about 90 kilometers southwest of Athens, has been chosen by American news network CNN as one of the 15 most important – but lesser known – archaeological destinations in the world.

On a list that includes “lesser-known ancient ruins” up to the fall of the Roman Empire in 476 AD, CNN recommends some sites that are “mere shadows of their glory days” and others that have been protected or preserved since, virtually, the beginning of civilization. 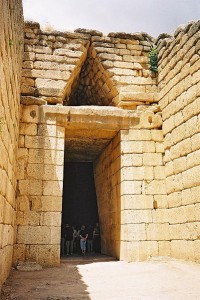 Entrance to the Treasury of Atreus, or Tomb of Agamemnon in Mycenae.

When referring to Mycenae, CNN begins with a reference to German archaeologist Heinrich Schliemann who unearthed the golden “Mask of Agamemnon” from a tomb in 1876. “Or, at least, he claims he did,” CNN says.

CNN notes that Schliemann was an enthusiastic digger but an unreliable chronicler of his finds.

“While the mask may or may not have come from Mycenae, it almost certainly had nothing to do with Agamemnon, the mythological 14th-century BC king. The Mycenaean empire, however, was real and extremely influential in the ancient world. The site is in ruins, but the Lion Gate of the former palace from around 1300 BC still stands and the remains of the beehive-shaped tholos tombs reserved for royalty are still being studied and excavated,” CNN says.

Other sites on CNN’s “must see” list include the ancient city Kourion and the archaeological site of Paphos in Cyprus, Thebes in Egypt, the Masada desert fortress in Israel, Jerash in Jordan, Lumbini in Nepal and the Temple and Tomb of Confucius in Qufu, China.