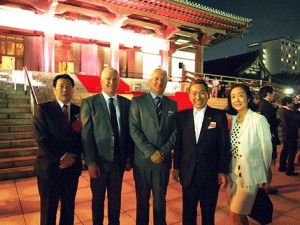 A new, superior Japanese GDS is on schedule to launch this autumn by AXESS International Network (AXESS), the leading Japanese global distribution system (GDS) owned by Japan Airlines, and Travelport, a leading distribution services and e-commerce provider for the global travel industry.

Now in its final stages of user testing, the new upgraded travel booking platform powered by Travelport, will be made available exclusively to AXESS-connected travel agents from October 2013.

Replacing the current AXESS CRS, but retaining its existing AXESS CREA agency desktop and a number of other popular AXESS applications and solutions, the new AXESS host system will benefit from Travelport’s state-of-the-art technology infrastructure and will be hosted in its Atlanta (US) data center. 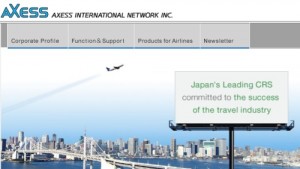 As part of the partnership, AXESS also stands to benefit from the US $300m IT investment Travelport makes on an annual basis. Travelport is a regular member of the coveted “Information Week Top 500 IT companies” list and its state-of-the-art data center, and supporting team, has also been the recipient of regular, high profile industry accolades.

AXESS-connected travel agents will migrate to the new AXESS host system in a phased manner starting 1 October 2013, with completion scheduled for the end of March 2014.

When fully implemented, the GDS partnership will allow for enhanced customer service for Japanese travelers while abroad.