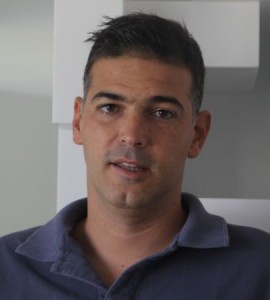 Pamos Ioannidis has over 10 years experience in the field of Marketing and Brand Management in consumer product companies, mobile, media and advertising industries.

From his new position in Travelplanet24, Mr. Ioannidis will mainly deal with the development of the company’s marketing strategy and upgrading of Travelplanet24’s corporate identity.

“We will adapt Travelplanet24 to the new needs that its own growth demands and strengthen its position in the global market of online travel,” he said.

Until early 2013, Pamos Ioannidis was the Head of Campaign Management at Upstream and handled many projects in international markets.

Previously he was the promotions manager at Greek channel Mega TV and was actively involved in the production of the corporate campaign “Mega Mou” that earned the Best On-Air Branding Design award at the international PromaxBDA New York industry awards, a first for Mega or any Greek TV station.

He holds a Masters in Engineering from Imperial College London.