New York Times: “As Europe’s peak holiday season draws to a close, Spain and the other countries of Southern Europe hit hardest by the euro debt crisis are reaping the benefits of increased tourism.” 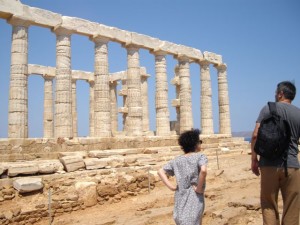 Greece is among the countries hoping that this year’s record influx of sun-seeking tourists and their money from Northern Europe will continue past summer’s end, the New York Times said in a recent article.

According to the publication, political turmoil elsewhere around the Mediterranean (especially in the Middle East) has benefited Europe’s southern coast as travelers have changed their plans due to riots and now opt for countries like Spain, Portugal, Italy and Greece.

The publication noted that demand has been strong enough that in some countries such as Spain, hotels have been able to raise prices.

But this is not the case for Greece as “Greek operators have opted for more aggressive pricing and more package holidays than in the past.” The New York Times includes an estimation that Greece’s hotel prices were down around 10 percent from last year.

“The Greek travel sector, which represents as much as 15 percent of Greece’s $251 billion economy, has had to claw its way back after crippling transport strikes and other labor protests scared away many tourists,” the publication mentioned.

The New York Times added that although Greece remains in financial trouble and is expected soon to need even more international assistance, Yannis Stournaras, the Greek finance minister, told Parliament last week that Athens was on target to raise its gross domestic product this year, mainly because of tourism.

“The number of visitors to Greece is expected to top 17 million this year, up from 15.5 million in 2012. The Bank of Greece says revenue from tourism rose 18 percent in the first half of the year, to $4.4 billion,” the publication concluded.

Skorpios Island “Decorated” With Replicas Of The Caryatids