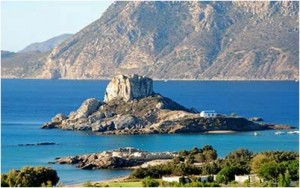 The South Aegean Region has been selected as one of the regions in Europe to participate in the European Commission’s pilot phase of the European Tourism Indicators System (ETIS) for sustainable management at destination level.

ETIS is designed to be used by tourism destinations to monitor, manage, measure and enhance their sustainability performances.

According to the region’s vice governor, Eleftheria Ftaklaki, the participation in the ETIS will benefit the operation of the region’s Sustainable Tourism Observatory.

The South Aegean Region is the only approved Greek participation in the ETIS testing period.

By effectively measuring their sustainable performances and monitoring their own results, local authorities will be able to:

The European Tourism Indicator System is currently in a testing period. The first pilot phase started on 15 July 2013 and another two are scheduled on 1 December 2013 and 1 February 2015.

Some 100 tourism destinations across Europe had expressed their strong interest to test the system during the first period.