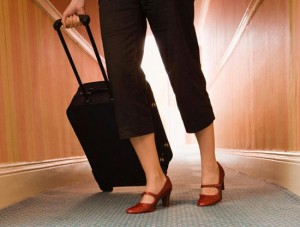 A recent study shows that clothes, shoes and mobile phone chargers top the list of the most commonly forgotten belongings by Greeks in hotel rooms.

Online hotel search engine Trivago conducted a survey among 3.000 participants in regards to items that Greek travelers forget the most upon departing from a hotel.

According to the survey, the majority of Greeks, 33 percent, oddly forget to pack either clothes or shoes and leaves them behind for the next guests or the hotel staff.

Greeks may be glued to their smartphones but seem not to give their chargers much thought as 22 percent of travelers usually forget to take them back home with them.

Also, underwear is another “popular” item that is mostly forgotten by Greeks in hotel rooms as 20 percent of the participants that were interviewed said they had forgotten their underwear somewhere in the hotel room after check out!

The survey of lost property also found jewelry, wallets, documents, mobile phones, tablets, books and cameras among the items that have been left behind at hotels after Greek guests checked out, reports Trivago. 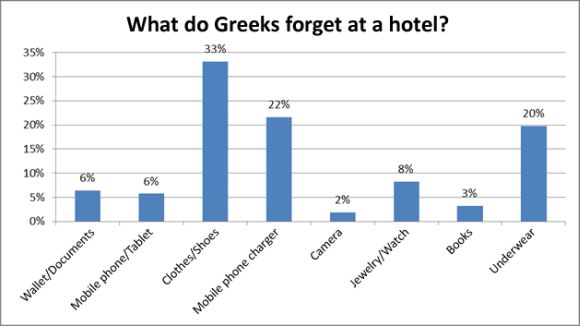