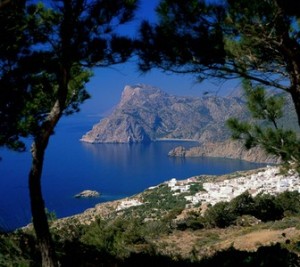 Greece will be promoted as a year-round destination to British travelers, according to an agreement between private company Marketing Greece and London-based PR agency Hills Balfour.

According to Travelmole, Hills Balfour will implement a public relations and social media strategy as part of Greece’s overall launch in the UK market.

The 18-month strategy will see to promote Greece in the UK as a 12-month tourism destination to both the trade and consumers.

The UK is Greece’s second largest tourism market after Germany.

Marketing Greece announced in July that it completed the selection process of public relations and online communication agencies for the markets of the UK, Germany (Austria, German speaking Switzerland) and Russia (Kazakhstan, Azerbaijan, Ukraine) by choosing PR agencies specializing in the tourism industry: Hills Balfour, Wilde & Partner and PRCo respectively.

According to the company, the maximum remuneration of public relations and online communication agencies will not exceed 100.000 euros per country on an annual basis. Only for 2014 this investment is expected to generate total advertising value in the markets of the UK, Germany and Russia of almost 32.000.000 euros.

The company is now evaluating proposals to choose PR agencies in France (Belgium, French-speaking Switzerland) and the United States.

Marketing Greece also recently completed the procurement process for the development of the portal Discovergreece.com, by selecting the company Converge of PRC Group, among eight Greek and international companies.

These recent developments set the stage for the implementation of the company’s business plan to further develop the footings of Greek tourism and achieve the strategic objective to reach 24 million international arrivals and 18-19 billion revenue by 2021.