Aegean Returns To Profitability Due To Positive International Network Performance 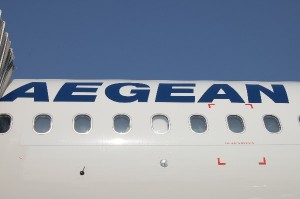 Aegean Airlines’ revenue for the first half of 2013 reached 278.6 million euros, 22 percent higher compared to the same period last year.

The rise in revenue and the return to profitability were driven by the positive performance of international network together with efficient cost management that managed to offset the effect of the continuing drop in domestic demand.

The airline carried 1.6 million passengers on international flights during the first half of 2013, an 11 percent rise compared to 2012.

On the other hand, domestic traffic fell by five percent, with average domestic fare declining further for a fifth consecutive year.

The decrease of the unit price of fuel has resulted to a four percent reduction in fuel costs, contributing to the improvement of the results; however recent events in August have led fuel prices returning to levels higher than last year.