Some 40 Greek businessmen from Lesvos, Chios, Lemnos and Ikaria, will participate in a trade mission to Turkey under the umbrella of the North Aegean Region, from 29 August until 2 September, on the occasion of the 82nd Izmir International Fair*.

The Greek businessmen aim to promote the tourism potential of the North Aegean islands and explore new opportunities to export local products.

According to the press, the Greek businessmen have already scheduled meetings with Turkish travel agencies to discuss the launching of holiday packages for next season. 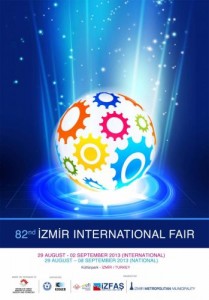 It is reminded that Lesvos, Chios and Samos are among the islands included this year in a pilot program of easier visa requirements for Turkish tourists. Tourism professionals have said that the visa facilitation pilot program has boosted the local economies of the islands taking part in the program.

While in Turkey, the Greek businessmen will make efforts to attract tourists this autumn – until November if possible – to help extend this year’s tourism season to boost the local economy and promotion of agricultural products.

The number of Turkish arrivals to Greece this year is estimated at some 800,000, up by 60 percent compared to last year.

* The 82nd Izmir International Fair is the oldest tradeshow in Turkey and will take place at Kültürpark between 29 August and 2 September with the participation of 1,125 firms including 286 foreign ones.