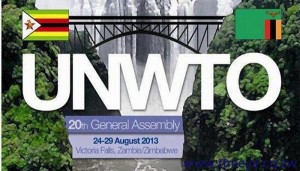 Key issues such as visa facilitation, connectivity and accessibility are on the agenda of the over 120 delegations from UNWTO Members States gathering this week at Victoria Falls, Zambia/Zimbabwe,  for the 20th Session of the UNWTO General Assembly.

The general assembly will also debate the Organization’s Programme of Work for 2014-2015 and elect the Secretary General for the next four years’ period.

“As we work to achieve the Millennium Development Goals and define a post-2015 development agenda, I call on all UNWTO Members and the global tourism community to examine how best to contribute to sustainable development,” UN Secretary-General Ban Ki-moon said to the assembly’s participants via a video message. 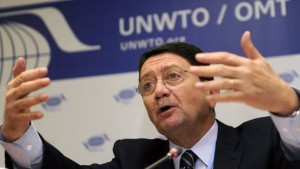 “This Assembly is a timely opportunity for all of us to continue along an encouraging path to drive tourism towards its fullest potential in fostering sustainable economic growth, jobs and development and what better backdrop to do so than here in Africa, a region where we believe tourism can be a true force for good,” said UNWTO Secretary-General, Taleb Rifai.

The UNWTO General Assembly is the main statutory meeting of UNWTO and the most important gathering of senior tourism officials and high-level representatives from around the world. Held every two years, the Assembly is attended by delegations representing Full and Associate UNWTO Members, Affiliate Members, and representatives of other international organizations.

The 20th Session of the UNWTO General Assembly opened on Saturday 24 August and will end on Thursday 29 August.

E-Tourism Conference “Digi.Travel” To Be Held In Athens

Tinos To Host “Water Is Necessary for Life, WIN4LIFE” Conference