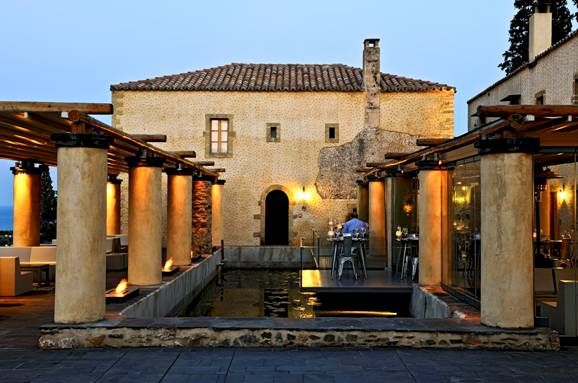 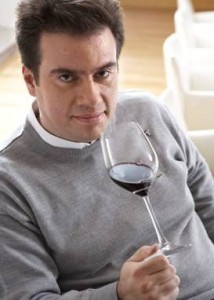 France may be renowned for its elegant chardonnays and deep, fine merlots but Greece has been quietly picking up some top accolades in international wine competitions of late.

And who better to explain why than southeastern Europe’s sole Master of Wine Konstantinos Lazarakis, who is making a guest appearance for an exclusive wine-tasting weekend at Kinsterna Hotel & Spa in the southeastern Peloponnese town of Monemvasia on 4-6 October 2013.

The theme of this year’s wine-tasting weekend under the expert eye of Mr Lazarakis is Greece versus France.

Greece’s wineries are facing down all the odds and blossoming thanks in great part to a substantial improvement in quality and consistency, compared to previous years.

So, it should be interesting to hear what Mr. Lazarakis has to say in the battle between heavyweight France – a benchmark nation in the winemaking world and point of reference for every serious wine connoisseur, and his native Greece, whose history of viniculture dates backs thousands of years. 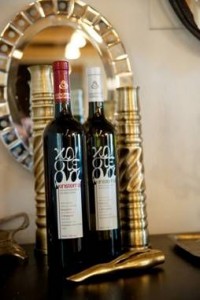 Greece versus France: Battle of the grapes

The competition will, indeed, be tough as participants will be called upon to blind taste two wines – one Greek and one French – with each of the three dishes featured in a divine three-course menu specially designed by Kinsterna’s Chef de Cuisine Giorgos Hapsas. Santorini labels will go up against those of Chablis, premium Greek wine country Naoussa against Bordeaux and Greece’s ancient Malvasia grape variety against France’s sweet Muscat.

This unique event will take place at Kinsterna Restaurant, right beside the Byzantine cistern from which the hotel takes its name, surrounded by the mansion’s majestic courtyard with views to the endless blue of Myrtoo Sea and the imposing medieval castle-town of Monemvasia.

Wine lovers and epicureans who book a place for the wine-tasting weekend will naturally enjoy Kinsterna Hotel & Spa’s exceptional services and amenities but also have the chance to explore the property’s eight new residence suites which opened as part of an ongoing expansion program.

Santorini’s Volcano To “Erupt” On 25 August