The Travel Preferences Of Young And Old: Beach Holidays Or A City Break? 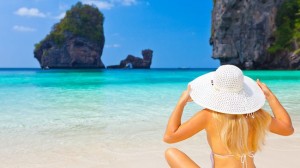 Together, Germany and the UK represent Europe’s largest travel source market. Commissioned by ITB Berlin, IPK International examined the travel preferences of both younger and older holidaymakers in a special analysis of the World Travel Monitor, which shows that at 19 percent (13 million trips) Germans occupy close to one-fifth of Europe’s entire holiday travel market for young people.

In 2012, European 15 to 29 year-olds undertook a total of 69 million holiday trips abroad, whereas the corresponding figure for the UK was only six million (nine percent).

Britons and Germans also differ in their holiday preferences, depending on which generation they belong to.

Older Britons enjoy the sun and beach holidays (40 per cent), as opposed to only 29 per cent of young people.

Germans’ preferences are exactly the opposite. Young travelers (40 percent) prefer lying on the beach, in contrast to the older generation (29 percent).

However, they all have one thing in common: Spain, France and Italy, their top three preferred holiday destinations, remain unchallenged.

Russians Spend The Most In Greece During First Half Of 2013