By : GTP editing team
Comment: Off
Tag: featured, GBR Consulting, Greek tourism on the up, performance and outlook of the Greek hotel industry, second quarter of 2013 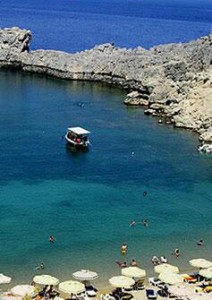 Greek tourism picks up in the first half of 2013, with international airport arrivals and revenues up by 10 percent (Q1 and Q2) and 15.5 percent (Jan-May) respectively, according to the latest report conducted by GBR Consulting on the performance and outlook of the Greek hotel industry for the second quarter of 2013.

According to the report, some four million tourists arrived at Greek airports in the second quarter of 2013, which is a 12.6 percent increase (442,000 tourists) than the same quarter last year. Athens and Thessaloniki also recovered from a bad start of the year, especially in the months May and June, while April was still negative.

As a result, occupancy levels are overall higher at Greek hotels, with the exception of hotels in Thessaloniki which benefited in 2012 from hosting recovering Libyan rebel fighters*. (During the civil war in Libya, February-October 2011, Greek private hospitals and hotels organized a short duration hospitalization and hosting program for the injured.)

In terms of room rates, resort hotels improved their performance, while hoteliers of Athens and especially Thessaloniki saw their rates declining.

Greek tourism on the up

According to GBR Consulting, the above positive indicators are confirmed by positive official figures for the first months of 2013.

Greece’s current account balance showed a small surplus in May of 35.5 million euros, from a deficit of 1.2 billion euros in the same month last year. This result was achieved mainly by a narrower trade gap and higher tourism receipts.

In the same period of January–May, 3,048,000 travelers visited Greece, 263,900 more than in the same period last year. As a result, the average expenditure per trip also increased from 539 euros to 569 euros.

Finally, according to the GBR Consulting barometer for 2013 Q3, there are differences between resort and city hotels.

“Indeed all hoteliers forecast higher occupancy levels for this year. But, while resort hotels are also upbeat about thier average room rates (ARR), city hoteliers expect it to decrease,” GBR concluded.