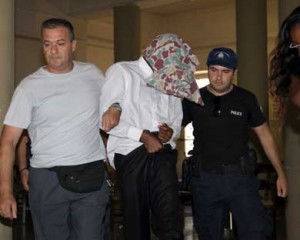 The 19-year-old man charged with stabbing a fellow British tourist to death at the Cretan resort of Malia was remanded in custody after facing a magistrate on Monday, 29 July.

Myles Litchmore-Dunbar is accused of murdering Tyrell Matthews-Burton outside a nightclub last week during a brawl that allegedly involved some 30 people. A second teenager who is said to have told police he was also carrying a knife was granted bail of 10,000 euros, while a third who is accused of punching a friend of the victim was told he could be released if he posted 2,000 euros bail.

Sixteen other suspects faced the magistrate in Iraklio last week but were released as they only face misdemeanor charges.