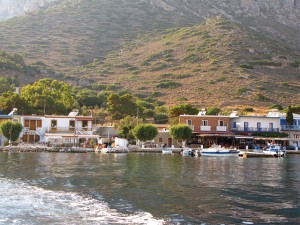 The new bill for Greek tourism that will be voted in Greek Parliament on Wednesday, 31 July, is up against the mayors of 27 Greek islands who oppose provisions that remove the maximum limits on the size of tourism accommodation complexes (holiday homes) that can be built on islands.

Twenty-seven mayors have signed a letter of protest, which has been posted on the website of the Hellenic Society for the Protection of the Environment and Cultural Heritage.

“We oppose the clear preference of legislators in favor of such tourism investments that are foreign to the environment, the social and the cultural identity of our islands,” said the letter signed by the mayors of Agios Efstratios, Alonissos, Amorgos, Anafi, Andros, Astypalea, Ios, Ikaria, Thasos, Thira (Santorini), Karpathos, Kantanos (Chania), Kimolos, Lipsos, Lemnos, Milos, Mykonos, Nisyros, Paxos, Paros, Samos, Sikinos, Syros, Skopelos, Halkis, Tilos and the president of the Iraklia Community.

The Hellenic Society for the Protection of the Environment and Cultural Heritage has highlighted the sensitivity of the islands (in regards to landscape, natural and cultural resources) and underlined that such facilities can not be constructed on islands of an area less than 130 sq. km.

The environmental organization has also requested for the provision that allows interventions in areas located within the Natura 2000 network and archaeological sites, to be removed from the new law.