Merchant Marine Minister Miltiadis Varvitsiotis said the Greek Government would offer its full support to the bill that simplifies the licensing and operation of waterways in Greek waters.

In a recent meeting with representatives of Greek company Hellenic Seaplanes, Mr. Varvitsiotis discussed all key issues in the new field of seaplane activity.

Discussions focused on the development and creation of appropriate infrastructure (waterways) throughout Greece, so as to provide the required operational support to seaplanes.

Hellenic Seaplanes presented its investment plan and objectives so that the effort to establish seaplanes as a means of transport in Greece would be successful.

On his part, Mr. Varvitsiotis underlined that new investments made to develop the network of waterways is of high significance and said the ministry would examine all submitted requests in detail.

According to the president and CEO of Hellenic Seaplanes SA, Nikolas Charalambous, the company aims to create local networks (waterways) to connect central Greece with the country’s islands and develop new destinations through safe and fast seaplane routes. The goal is to build 100 waterways in Greece by the end of 2013 and another 100 in 2014.

For the past two months the company has held very positive meetings with local authorities throughout Greece to create waterways. 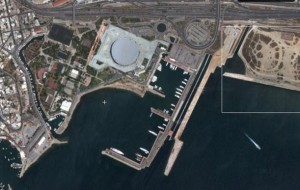 In late June, Hellenic Seaplanes made an official proposal to Piraeus Mayor Vassilis Michaloliakos to construct Attica’s central seaplane base in the SEF area in Faliro.

Mayor Michaloliakos had found the idea “excellent” and said the municipality would support the entire investment.