Graffiti Festival Wraps Up On Lesvos 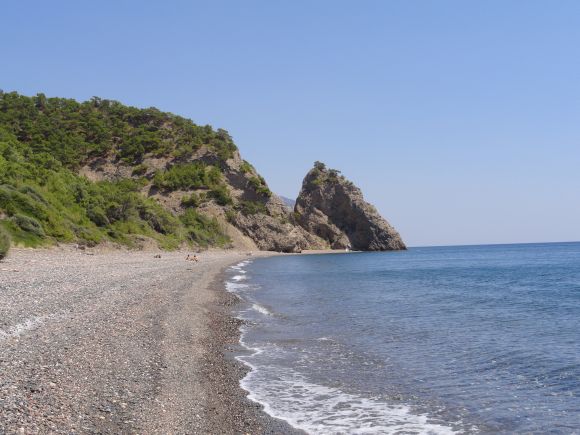 Vatera is one of the largest (8km) and most beautiful seaside areas in the Mediterranean area, having a sandy beach with strips of colorful pebbles. It’s located some 50km from the capital of the island, Mytilini. 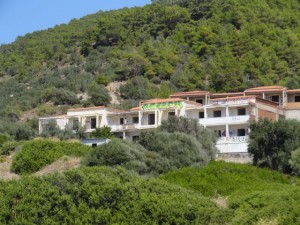 The graffiti festival evolved around “decorating” an abandoned hotel at Vatera Beach on Lesvos.

The independent music and graffiti festival “Beach Street Festival” at Vatera Beach on Lesvos wrapped up on 28 July.

For four days Greek and foreign graffiti artists developed their skills and imagination and combined modern urban arts and local tradition under the Greek sun.

The festival, which kicked off on 25 July, was originally an idea “to gather friends from all over Europe in a music and graffiti meeting for holidays” and paint an  abandoned hotel located at Vatera Beach.

However, according to organizers and local artists Konstantinos Diamantis and Mihalis Meimaroglou, after the initial planning, it was realized that the initiative could become a FREE music and graffiti festival, open to anyone, to support the local community. 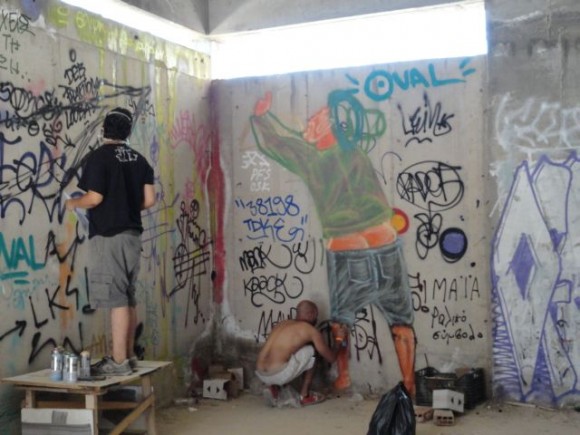 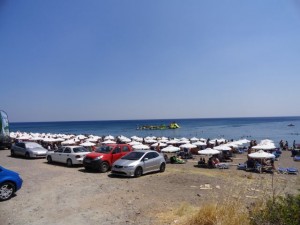 The”Beach Street Festival” at Vatera attracted some 2,000 visitors to Lesvos.

The organizers main goal was to create a new summer destination for artists and youth from around the globe.

“An art fest, a cultural as well as economic aid for Lesvos and the rest of Greece,” the organizers said.

It is estimated that the event attracted some 2,000 visitors to Lesvos.

As a concept, the festival emerged following the presentation of the artistic works of local folk painter Theofilos Hatzimihail. This year’s “Beach Street Festival” aimed to create graffiti murals that would highlight the connection but also the transition of Theofilos’ folklore murals to graffiti as art.

The festival was held under the coordination of urbanstylemag and under the aegis of the Municipality of Lesvos & North Aegean Region. Sponsors of the event included Hellenic Seaways.

Below are some samples of the abandoned hotel’s new interior. 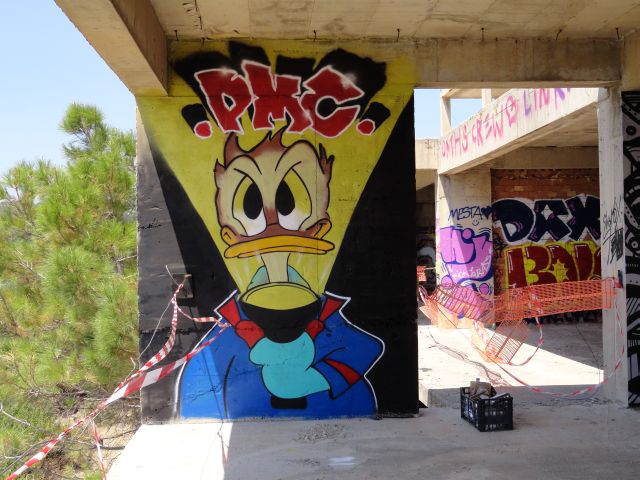 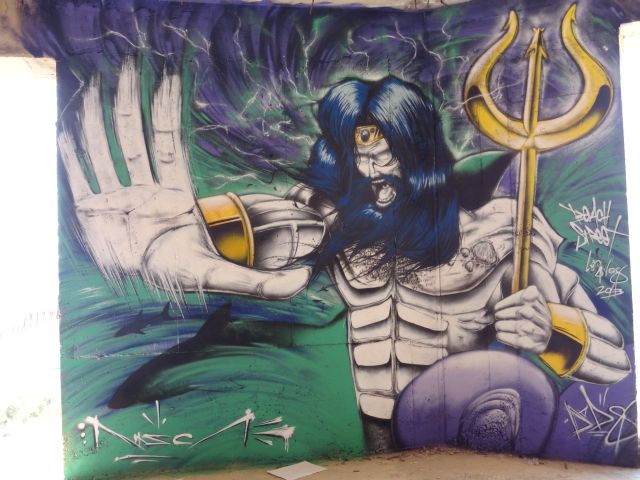 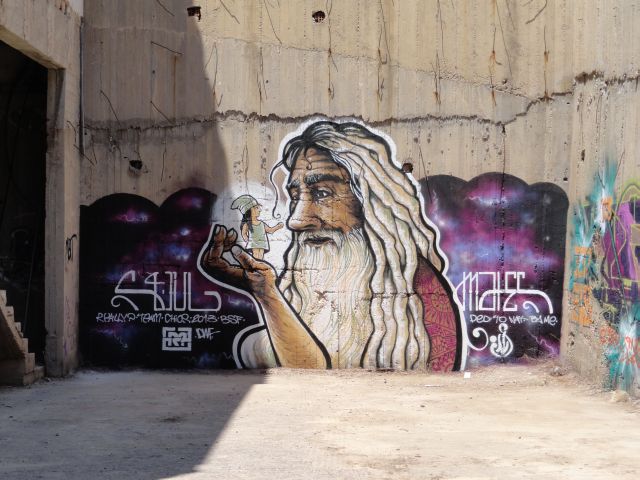 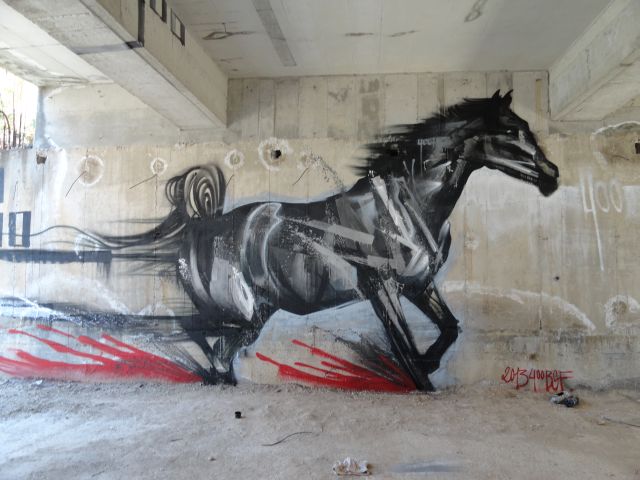