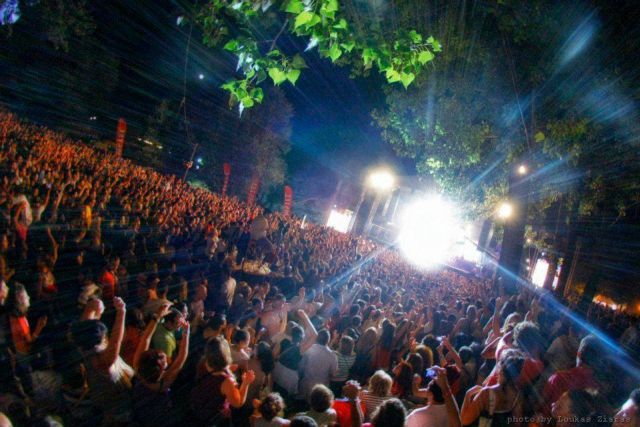 Kastoria’s River Party is back this year from 31 July until 4 August and invites all to experience the music and camping festival on the banks of Aliakmonas River, at Nestorio.

The River Party at Nestorio holds a place among the 12 most important European festivals according to the Europe Festival Awards 2012. Last year the party attracted some 50,000 visitors from all over Greece.

According to this summer’s schedule, the river party looks even more promising with lots of singing and dancing  by the riverside!

On Thursday, 1 August, the 35th River Party will proudly present JAMES, one of Greece’s most favorite bands!

A world known and established group since the beginning of the ’80s, JAMES will be headlining Greece’s biggest music and camping festival at Nestorio.

Graffiti Festival Wraps Up On Lesvos