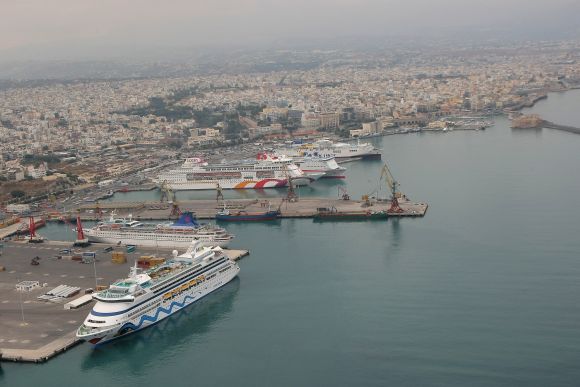 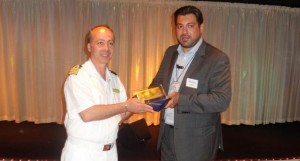 The captain of the Costa Mediterranea, Nicolantonio Palombella and the chairman and CEO of the Heraklion Port Authority, Ioannis Bras, exchange gifts during the ship’s welcoming event at Heraklion Port.

A special event was held on 19 July to welcome the arrival of Italian cruise ship Costa Mediterranea at Heraklion Port. The ship’s arrival officially launched Costa Cruises summer routes with Heraklion as its homeport.

Heraklion Port Authority Chairman and CEO Ioannis Bras thanked the Italian cruise company for giving Heraklion “a vote of confidence” and decisively contributing to the local economy by bringing thousands of passengers/visitors to Heraklion, purchasing supplies for the ship from the local market and providing extra overnights to Crete’s hotels.

On his part, the ship’s captain, Nicolantonio Palombella, thanked the port authority for the exceptional service and safety offered for the second year to the ships and passengers of Costa Cruises, which is a result from the “unique collaboration” among the port authority, the municipality and the Heraklion Airport.

The welcoming event included a small concert by the city’s Symphonic Orchestra quartet provided by the Municipality of Heraklion in the port’s passenger terminal. 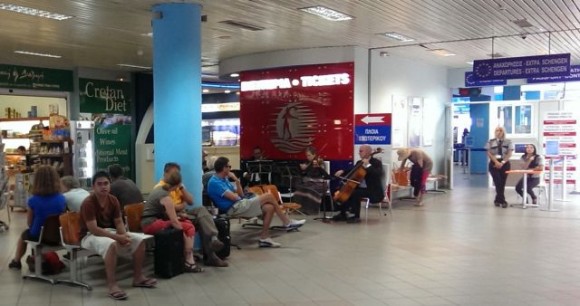 “This is MY Athens” Celebrates Second Anniversary