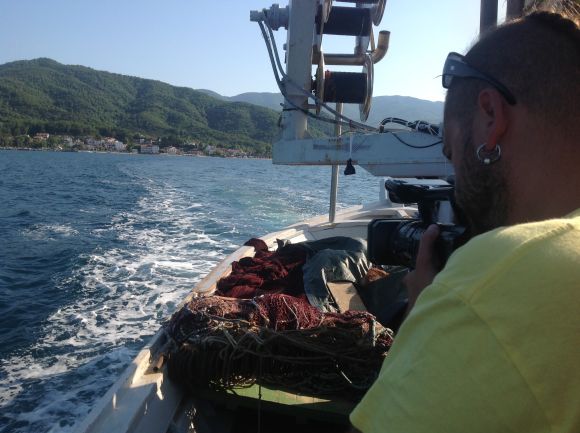 Six recipes of traditional cooking, based on the local mussel culture, were filmed by Bulgarian cooking TV show “Zvezden’s Kitchen” 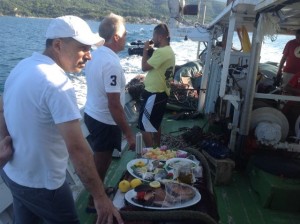 The natural beauty of the lush Aristotelian Mountain and the golden beaches of Olympiada, located on the north-east point of Chalkidiki, were recorded by the cameras of Bulgarian prime time TV show “Zvezden’s Kitchen,” whose representatives visited the area 22-25 July.

The “Mussels of Olympiada” and the “Summer Tastes of the Aristotelian Mountain” were selected to be featured in an upcoming episode of Zvezden’s Kitchen and the show’s lens captured shots of the collection of the famous Olympiada mussels and recorded the various ways to cook them.

The representatives of the TV show also recorded the cooking techniques of traditional pie stuffed with kritama; local fish soup “kakavia” that was cooked by captains on caiques; the famous “loukoumades” with Arnea’s honey; and the preparation of the local liquors, made with fruits and cranberries of the Aristotelian Mountain. 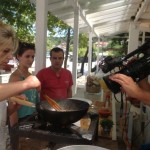 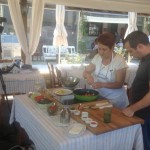 The episode dedicated to the “Mussels of Olympiada” and the “Summer Tastes of the Aristotelian Mountain” will be divided in four parts and broadcast in Bulgaria at the beginning of September.